When Trish Paul was diagnosed with cancer she had two options: to allow the disease to control her life, or to take control, challenge herself and fight back with all the strength, positiveness and faith she could muster. Tricia Paul is an inspiration to all who meet her. Just over two years ago, at the age of 48, Tricia Paul was diagnosed with Stage IV ovarian cancer. She has since been on a mission to create an awareness of this cancer and to raise much-needed funds required for researchers to enable early detection in the form of a simple blood test similar to that currently available to detect prostate cancer.

Tricia’s hope is that the teal-coloured ribbon depicting ovarian cancer will become as highly profiled as the pink ribbon for breast cancer. Ovarian and gynecological cancer is one of the biggest killers of women, yet doesn’t receive the government funding for research into the disease and its detection.

It is a hard reality that in Australia every ten hours a woman will die of ovarian cancer, as in most cases detection is not made until Stage 4.

Despite having endured rounds of chemotherapy Trish, formerly a Lorn resident, first put her energy into organising a successful high tea in November 2013, raising $12,500 which was donated to the Ovarian Cancer Research Fund.

Before her diagnosis with Stage 4 ovarian cancer, Trish wasn’t feeling well and was experiencing vomiting, fatigue, loss of appetite, bloating, diarrhoea and increasing breathlessness when walking and exercising. 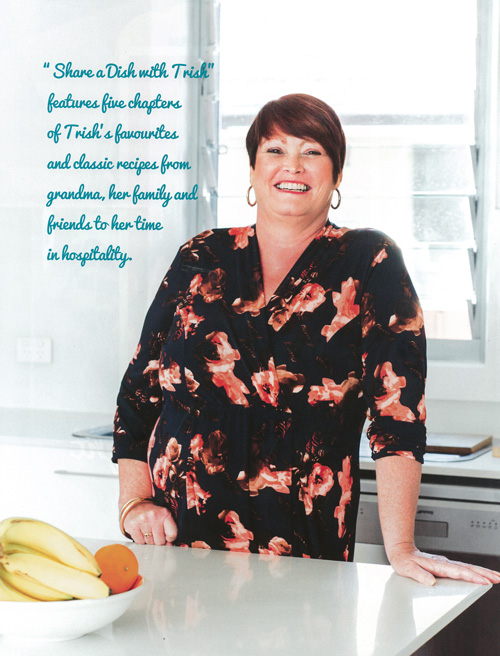 “You know your body better than anyone else, so always listen to what your body is saying and trust your instincts,” she said.

“I had tried courses of antibiotics, had stool samples tested and nothing worked or was detected, yet I knew something wasn’t right with me. Having lost my father to bowel cancer, I was due for my annual colonoscopy.

“After seeing how I looked, the doctor cancelled the colonoscopy and ordered a CT scan instead and immediately I was sent to John Hunter Hospital’s emergency ward, as fluid had gone straight into my lungs.”

Dr Geoffrey Otton performed major surgery on Trish as the cancer-carrying fluid was in her lungs and stomach and lay like a thin dusting of icing sugar across her diaphragm. “In fact, I lost 10 kilograms once the fluid was drained,” she said. “That’s the unknown factor of ovarian cancer; the cells spread quickly throughout your body, completely undetected.”

Trish was outside the normal age bracket of susceptibility, which is usually 60+ years in women, and the recovery odds at her stage of detection were given as 25%, whereas the survival rate of breast cancer is 92%.

Trish recalled, “Naturally, I was absolutely devastated with the prognosis and found it difficult to accept and tell my friends. Then, on advice from the doctors I realised I had to fight back and accept everyone’s offers of help and assistance, and I have been determined to make the best of my life.”

She began to set herself goals, and the first was to be well enough to attend her daughter Amy’s wedding day, which had been brought forward. Trish is proud of Amy, who is now an intern school teacher. Another family milestone was Trish’s 50th birthday celebrations. Trish says she has everything to fight for. “I want to be able to share my children’s life journeys to the fullest,” she said. “My next goal is to celebrate my son Jackson’s 21st birthday in December.”

Under the direction of oncologist Dr. Janine Lombard at Hunter Valley Private Hospital, Trish has been in and out of palliative care over recent months having treatment, yet she rallies the strength to attend social functions and weekends away, always looking her very best wearing a wig and makeup.   At first glance you wouldn’t know she was so ill because of the brave face she presents to the world.

The support of her partner, close family and circle of friends has been the mainstay for Trish. Together with her cousin Sarah Frith who heads up the foundation and daughter Amy French , Trish has started a foundation called “Hope4cure”, which is a sub-fund of the Sydney Community Foundation, with proceeds being donated to assist supporting women with ovarian cancer being treated in the public health system, and their families here in the Hunter Region as well as funding medical research.

Trish says she has been lucky that she had private health fund cover and a loyal network of family and friends to care for her, take her to appointments and keep her company during the long hours of chemotherapy and other treatment. “I have encountered so many women at the Newcastle Mater Hospital who have no support network and are struggling to arrive at the hospital on a public bus, or have no way to be taken to specialist appointments. So I decided something was needed to be done; hence the aim to establish the foundation to offer financial assistance.”

“Even by offering to pay for a house cleaner when they aren’t well enough or to cook a meal and shop for them – it would make such a difference in their life.”

A 64-page cookbook entitled “Share a Dish with Trish” was created under the auspices of the newly formed foundation Hope4Cure. The book features five chapters of Trish’s favourites and classic recipes from grandma, her family and friends in hospitality, as having worked in the Pokolbin vineyard circles for many years, Trish is a well-known and highly respected identity.

The book was released in November 2015, selling for $25, and the cost of printing has been offset by generous benefactors sponsoring the project.

“Unfortunately, there are too many women going undiagnosed with ovarian cancer. Unlike other cancers, ovarian cancer research is greatly underfunded and the hopes for early detection are slimmer than cancers such as breast cancer. I do not wish for my daughter, her daughter or your daughter to go undiagnosed; we need an early detection test. A pap smear doesn’t do this! 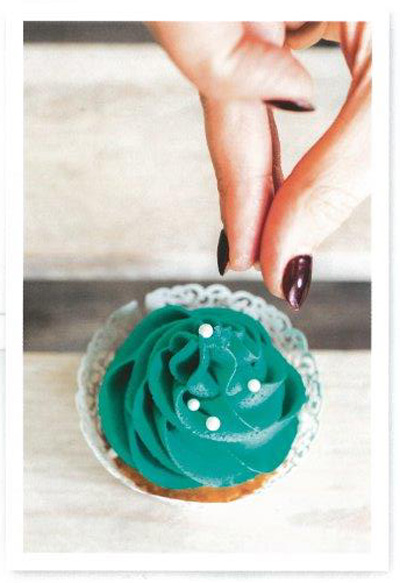 ”Most women diagnosed are already in the advanced stages of the disease like myself and the key to changing these statistics and giving women with ovarian cancer a better long-term outlook is the development of an early detection test.”

After countless rounds of treatment and draining of fluid from her lungs, the cancer now has spread to her brain, yet she is not complaining. “The last two years have been a hard road but hey, I’m here to whinge about it,” Trish jokingly said.

Trish sadly passed away in November 2015, but her cause, inspiration and passion is being carried forward by many.  Please help us to make a difference.

The cookbook is available from McLeans bookstore, Beaumont Street, Hamilton. For more information on how to order a cookbook visit: Hope4Cure Facebook page, where there is an order form or contact: PO Box 3314 Merewether, 2291; Email: info@hope4cure.org.au – Tel: 0402 422 515 (Sarah Frith).